When the Covid-19 pandemic made the gathering of large crowds impossible, Belgium’s in-person, mega-music festival Tomorrowland had to be cancelled.

But instead of being deterred, the team behind the festival saw the challenge as an invitation to take a leap and go where no one has gone before.

“The goal was to create a music festival experience that went beyond the computer screen and into the outer realms of your imagination,” said Southpaw director Mark Ritchie. “So when Tomorrowland asked us if we wanted to contribute, we jumped at the chance.”

Southpaw was part of a global creative and production team of over 200 people, who conceived, produced and executed the festival during lockdown. As the Los Angeles-based remote production arm, Southpaw captured content of various DJs performing live against green screen. A robust custom engineering workflow was created that utilized the gaming technology, Unreal Engine.  This allowed the two teams to stitch live DJ performances with pre-viz comps of the digital festival world allowing for a real-time pre-viz of the final performances.

“It was very exhilarating to be part of something so epically unique, and creative,” Mr. Ritchie said. “We were working on the bleeding edge of all this new technology at the time and constantly finding ways to make it work smoothly, because we had to.”

Ritchie, an EDM fan, may have even been seen busting out a few of his dance moves on set, to inspire the DJs who were used to performing to crowds in excess of a hundred thousand.

“I don’t recall sitting down much, and I’m pretty sure over the course of the week, I cut the entire festival standing up, keeping a beat in my step,” Ritchie admitted. “It may have been hard on my crew to watch, but in the absence of an audience, it was important for the DJs to feel the energy in the room, even if there was only a handful of us.

Over 1 million people watched the Tomorrowland festival in one weekend. Even if real in-person events come back next year, the team plans to augment the festival with a virtual experience based on the success from 2020. 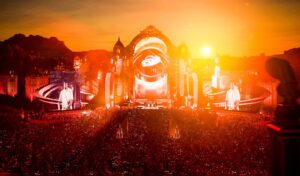 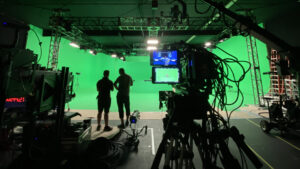 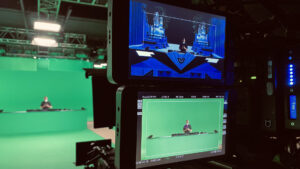 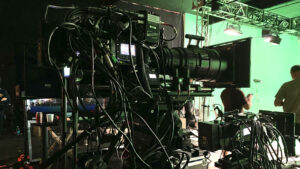 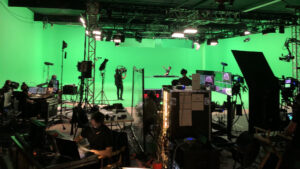 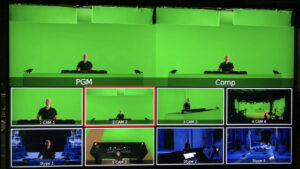