Comedian Felipe Esparza may have made some “bad decisions” in his life, but we’re pretty sure following his stand up comedy isn’t one of them.

What made this project unique was that it was the first time a Netflix comedian created a stand-up special in two different languages to be released simultaneously on the service. The same special but delivered in two languages.

Felipe Esparza: Bad Decisions (in English) and Felipe Esparza: Malas Decisiones (in Spanish) were filmed in the same venue in Santa Ana, California in two separate performances with two different audiences. Each special highlights stories and anecdotes of Mr. Esparza’s numerous mistakes in his adult life—all told with his signature sense of humor.

Southpaw director Mark Ritchie worked with Mr. Esparza to pay homage to his Mexican roots growing up in the Los Angeles neighborhood of Boyle Heights. In both specials, Mr. Esparza makes a grand entrance by rolling up backstage in a vintage baby blue lowrider, high fiving the production crew and close friends, all enjoying a laid back BBQ of Carne Asada set to the fresh live tunes of local Boyle Heights band.

“It was a really well-done show but truthfully most of the magic happened out on stage and I can’t take credit for Felipe being one very talented comedian,” Ritchie said. “However, I am very proud of my production team for completely transforming the venue and giving it both an intimate vibe and a very classy look.  It was important Felipe felt both comfortable and at home, and we were happy to set that stage and give Felipe the confidence that we could capture his unique point of view, and he just took home the rest.”

So, what’s the verdict: Is the comedian funnier in English or Spanish? 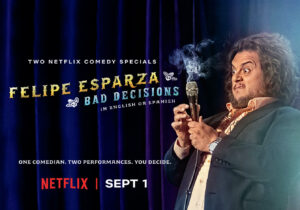 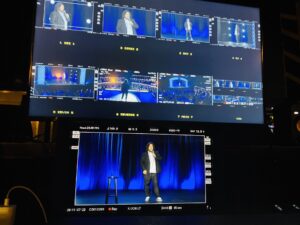 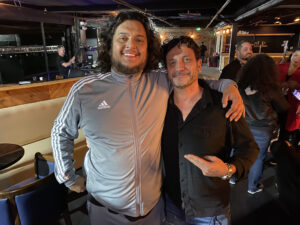 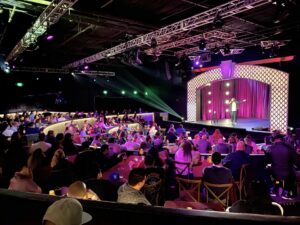 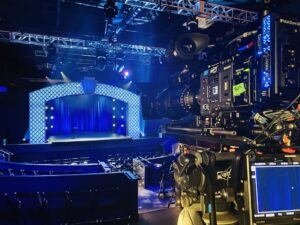