Lady Gaga is known for making an unforgettable entrance. So when it came to introducing Love for Sale—her new album recorded with Tony Bennett—in typical fashion, the 12-time Grammy winner pulled out all the stops.

For her album drop, Lady Gaga gave a luminous performance captured by Southpaw that was streamed digitally and viewed on video screens in Westfield Centers all around the world, including London, Los Angeles, Paris, Barcelona, Stockholm, Vienna, among others. Unibail-Rodamco-Westfield estimates that millions of fans watched the show worldwide.

And what a show it was!

Lady Gaga performed in front of a 5-piece jazz band, wearing a beaded dress designed by her sister Natali Germanotta. The sophisticated set evoked Old Hollywood glamour, matching the medley of tunes she sang, including renditions of Luck Be a Lady and Call me Irresponsible—along with some of her biggest hits, including Poker Face and Born this Way.

Capturing the performance cinematically and authenticly was a priority for Southpaw EP and director Mark Ritchie, who wanted to make viewers feel no distance between the stage and the screen.

“There is so much physicality in Lady Gaga’s performances – both in her facial expressions and the way she channels her energy,” Ritchie said. “It goes beyond pointing cameras and getting all the angles. You want to capture those special moments that make you feel like you’re in the moment with her.”

Ritchie, who worked with Lady Gaga early on in her career, said it was inspiring to work the artist again, having the unique opportunity to capture her evolution and growth as an artist on film.

“It was an absolute joy collaborating with Lady Gaga,” Ritchie said. “She and her creative team are so kind and genuine, and our creative teams worked so well. I am so proud of this project. It all came together like a fine woven piece of silk.” 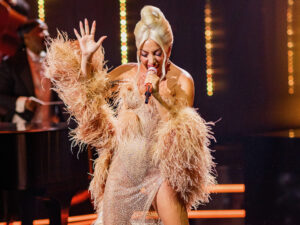 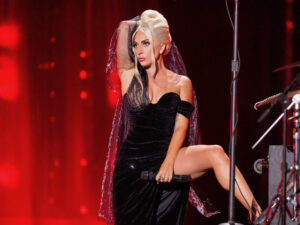 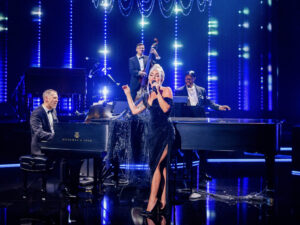 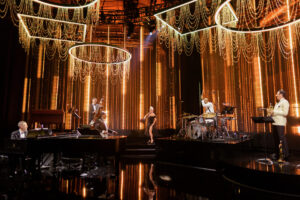 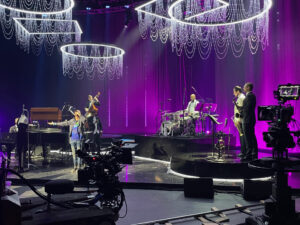