Whether you love him or hate him, there’s one universal truth about Kanye West. When it comes to his music, his style, his politics or his personal opinion—the guy is not afraid of being a true original.

So when it came to launching YEEZY SEASON 3 at New York Fashion Week, it’s no surprise he threw out all traditional norms of what it means to put on a fashion show.

To bring his ambitious idea to life, Kanye once again enlisted the creative partnership of Mark Ritchie, having successfully worked together on past two YEEZY shows.

“I always enjoy collaborating with Kanye,” Ritchie said. “The guy’s like no other artist. He really knows how to push me, the creative and the production team well outside of our comfort zone. It makes for amazing storytelling and great work.”

The extraordinary event took place at Madison Square Garden, packed with nearly 18,000 fans and A-list celebrities. Kanye hit the floor of the Garden to drop his new album, The Life of Pablo, entertaining the crowd and emceeing the event at deafening sound levels.

Working with contemporary artist Vanessa Beecroft, Kanye unveiled his new fashion line in the most provocative way, by recreating a scene from a Rwandan refugee camp. A blanket covering the entire set was pulled back to reveal hundreds of men and women separated by gender, wearing looks from the new collection, circling a pair of refugee tents. At one point, Naomi Campbell, Veronica Webb and Liya Kebede emerged to make a grand appearance.

Ritchie cinematically captured the event live with fourteen cinema cameras and all the familiar toys you’d see on a motion picture set. It was watched by more than 20 million people worldwide. The global event flooded social channels, even freezing the music platform, Tidal, for a short period of time. It was streamed at 756 cinemas worldwide and in Times Square.

“It was truly amazing to bring Kayne’s unique vision to life and capture this iconic moment where fashion and art and music collided in such a spectacular way,” Mr. Ritchie said. “And for it be shared and appreciated by so many music and fashion fans worldwide was just the icing on the cake.” 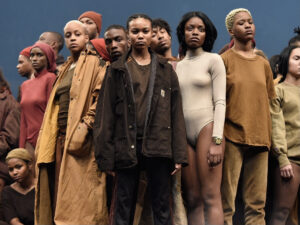 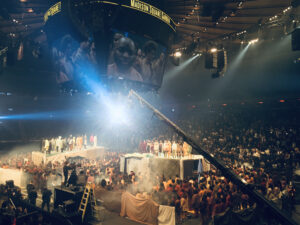 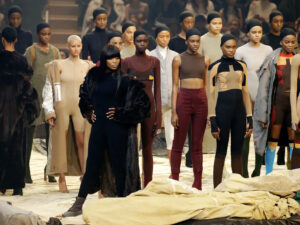 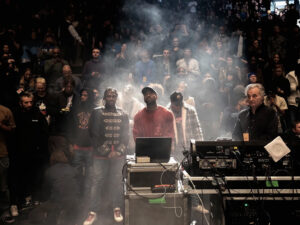 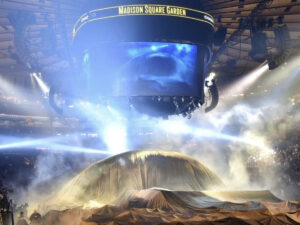 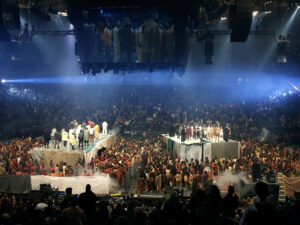