When Kanye West comes calling, wanting to know if you want to collaborate on his first fashion show, you know you’ll be in for one wild ride.

“I jumped at the opportunity to work with someone as talented and unique as Kanye,” said director Mark Ritchie. “Knowing his artistic mindset and innovative thinking, I knew coming to this project with an open mind and an ability to be agile would equal success.”

Operating well outside the norms of both the fashion and broadcast worlds, that’s exactly what Ritchie did when filming the Kayne West and adidas Originals inaugural collection at New York Fashion Week. Called YEEZY SEASON 1, the Fall/Winter collection featured men’s and women’s apparel and footwear. The widely-anticipated, buzzworthy event was broadcast live in Times Square and in 23 movie theaters around the world.

Conceptualized by West and contemporary performance artist Vanessa Beecroft, the show, unlike any other seen throughout fashion week, showcased 50 models in all shapes and styles—wearing military-inspired garments, flesh-toned body suits and the must-have shoe of the season, the YEEZY boot—standing and moving in military precision to a soundtrack of electronic chords. A stark set and an infusion of dramatic lighting complemented the muted color palette and brought the fashions to the forefront.

The final details of the production came together quickly, as most fashion shows do, with sets built at the last minute and many creative decisions made in real time.

“With all live performances, it’s important to come in with a plan in place but be ready to embrace those curve balls that inevitably happen,” Mr. Ritchie said. “On this project, being surrounded by a likeminded team of the industry’s best technicians and artisans gave us a sense of calm that we could survive just about anything that got thrown our way—no matter how bizarre.” 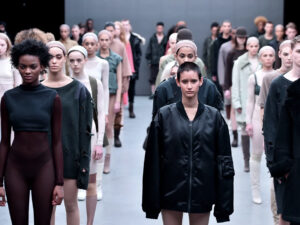 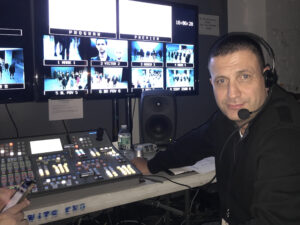 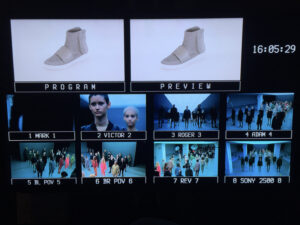 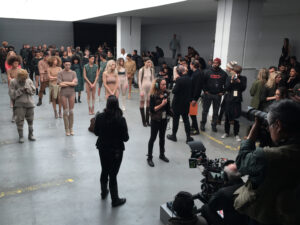 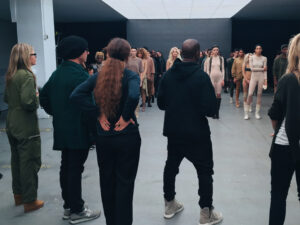 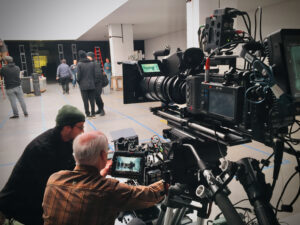